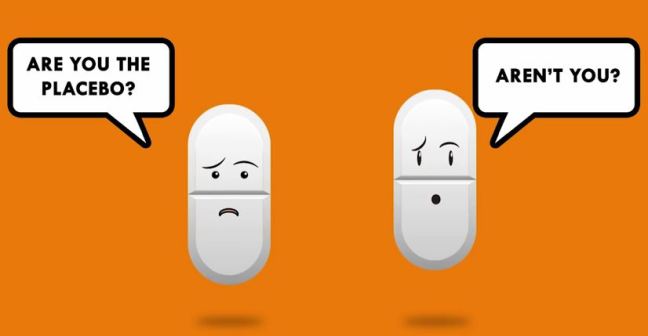 In my critical thinking lesson today something we studied was the placebo effect, which I found very interesting and so read up some more on it and here is what I found…

First of all I’m just going to break down what the placebo effect is to those who are unaware… The placebo effect is basically what happens when a person takes a medication that he or she thinks will help, but it actually has no proven therapeutic effect for his or her particular condition. For example if you weren’t feeling very well and went to the doctors the doctor may prescribe you with some medicine. So you take this medicine and take it in good faith that it will make you feel better and you do end up feeling better. But then you find out that the medicine you were taking which ‘made you feel better’ had no biological effect to help your recovery and in fact did not help you at all, suggesting your recovery was heavily dependent on the psychological side of your recovery, as you were unaware of the fact.

So what’s this new research found out? Well, that the placebo effect works even when people know they are taking a dummy drug… Crazy right?  Traditionally it was thought that sugar pill were only effective when their clinical inefficacy  was hidden from the patient.

Researchers at Harvard University in the US and the University of Basel in Switzerland conducted an experiment on 160 volunteers who were asked to put their arm on a heating plate until they could no longer withstand the pain. All were then given placebos, but one third of the group were told they they had received the topical painkiller lidocaine to help with the burn. A second group was warned the cream was only a placebo but also given a 15 minute talk explaining how dummy drugs can help. A control group was told they would have a placebo, but without any additional commentary. The results showed that those who knew about the placebo experienced similar pain relief as those who thought they had been administered with lidocaine. In contrast the control group were left in uncomfortable pain.

What does this mean? As well as being a fascinating piece of science that could definitely be of use in peoples recovery in the future when we learn how to use it most effectively as this is relatively new information, but for now it is being perceived as a breakthrough that could lead to cheap medicines which work by the power of suggestion alone.

Looking around my school, I see distinct friendship groups in my year… I also see a few  people on their own,  who just simply enjoy immersing themselves in their own company… Are they lonely?

Have you ever been lonely before?

I’m sure you have at some point in your life before, whether it be while you’re waiting for your train on your own or you have gone away on your own and miss home, but maybe not to the point where you feel as though you are loosing yourself.

That you are drowning in silence.

That you are not important.

On June 26th, 2015 NPR ran a story about how research suggests lonely people may actually have superior social skills than those who are not lonely. In other words, lonely people are not lonely because they don’t know how to talk to people. Instead, findings suggest they struggle with relationships because they are scared of messing up – they worry about saying the wrong thing in social situations. I see this as suggesting that loneliness and social anxiety may be intertwined, creating a vicious cycle of isolation and fear of isolation.

These are just two examples of what loneliness can lead to, however there are many more such as- an addiction to drugs, alcoholism, hoarding (obsessive- compulsive disorder), Alzheimers disease, suicide and personality disorders.

More awareness needs to be raised for issues such as loneliness and other mental health issues in particular in young adults, where this seems to be most common. People underestimate the effect it can have on a persons life. There is a difference between being alone and feeling alone. Through doing something as simple as asking if someone is okay, making an effort with them or having a chat with them regularly, who knows the difference you could make to their life because sometimes that is all that is needed.